Posted on September 13, 2014 by vickyjoynson

Sixteen English Monarchs (and Mary Queen of Scots) are buried in Westminster Abbey. First, however, a number of views taken en-route to the Abbey.  Below left: my ‘headquarters’, and right: Admiral Nelson. 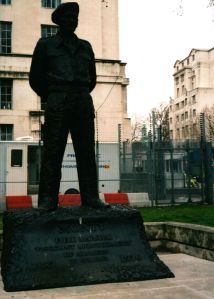 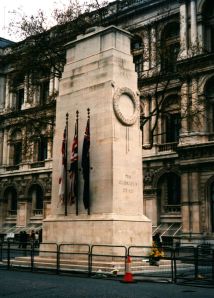 Above left: Viscount Montgomery and right: the Cenotaph.  Below left: Horseguards, and right: Buckingham Palace. 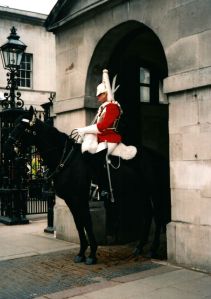 Below left: the Houses of Parliament, and right: the Sovereign’s Entrance. 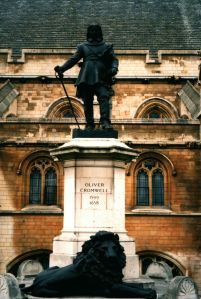 These links will take you to: the West Front, The Nave, Coronation Chair, (the Stone of Scone which occupied the space beneath the seat was returned to Scotland in recent years), The Choir, Elizabeth I (her half-sister Mary i is buried in the same vault but there is no monument), Henry vii Chapel (beneath which are several more royal vaults), Mary Queen of Scots and the tomb of King Edward the Confessor (who built the Abbey).

The only photograph that was allowed (below), was one of myself, after having played the five manual organ which has 106 stops including some organists’ ‘dream’ stops such as a thirty two foot double Ophicleide and Bombarde’s and Clarions. 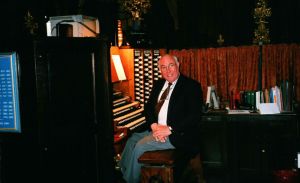